The Top Five Places to Get a Lobster Roll in Harwich, Massachusetts
Posted by Kinlin Grover | Monday, October 19, 2020 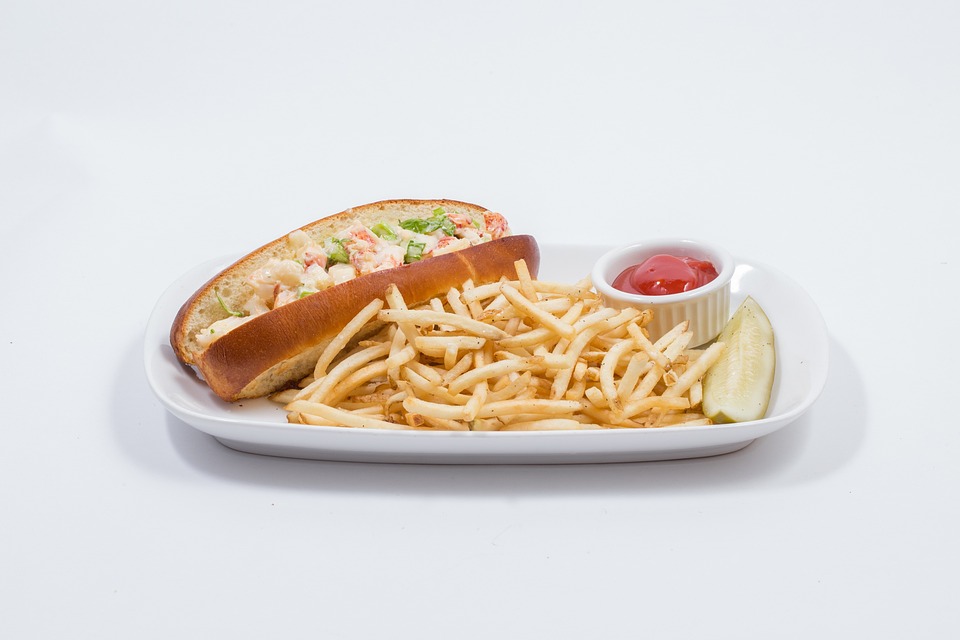 If you're going out for lunch while vacationing on the Cape, there's a good chance you'll end up somewhere with a lobster roll on the menu. After all, very few dishes encompass all that is Cape Cod like lobster mixed with mayonnaise on a bun.

Those with a vacation rental in Harwich are in luck when searching for lobster rolls because numerous restaurants in town serve their own take on this regional delicacy.

Here's a look at the top five places to pick up a lobster roll in Harwich, Massachusetts.

George's lobster roll comes with a generous serving of locally-caught lobster meat and mayo served on a croissant. You can also make it a meal by adding potato chips, coleslaw, and a drink.

You can even pick up some fresh lobster, shrimp, scallops, swordfish, and many other seafood items to take back to your vacation rental with you. All of this comes together to make George's Place a must-stop location on Harwich's Main Street.

Right on the water in Harwich Port is Brax Landing, a popular local eatery with a diverse menu featuring soups, salads, appetizers, sandwiches, burgers, chicken, steak, and seafood. There's a kid's menu, too, should you show up with the whole family.

The lobster roll at Brax Landing features a large helping of lobster meat mixed with mayo and celery on a sizable bun. It also comes with your choice of fries or potato chips, although you can substitute sweet potato fries or onion rings for an additional fee.

As a bonus, you can enjoy your lobster roll on the restaurant's patio, which overlooks the water and creates a quintessential Cape Cod dining environment.

From the outside, the Hot Stove Saloon doesn't look like a place to grab a lobster roll. After all, it's a baseball-themed pub that, from outward appearances, doesn't seem like it would have a diverse menu.

However, writing the Hot Stove Saloon off would be a mistake, as this bar offers burgers, sandwiches, pizza, ribs, seafood plates, wings, soup, and salads from its Main Street location in Harwich Port.

The eatery's lobster roll is one of the more popular items on the menu. The reason? It comes with over a half-pound of lobster claw and knuckle meat that's served with shredded lettuce on a croissant. The sandwich is delicious and reason enough to visit this small Harwich pub.

Another lobster roll spot in Harwich Port is Jake Rooney's, a family restaurant with a welcoming atmosphere and a cozy fireplace known as a live music venue. The restaurant sits on Brooks Road, just off Main Street, so it's easily accessible from most Harwich neighborhoods.

The menu at Jake Rooney's has a little bit of everything, as you can get steak, chicken, ribs, seafood, soups, salads, tacos, pizza, and sandwiches. You'll find prime rib specials every weekend and weekly dinner specials, as well.

As for the lobster roll, it arrives with a massive helping of claw and knuckle meat on a toasted bun with a bed of shredded lettuce. It comes with rice, coleslaw, or fries, and you can substitute onions rings or sweet potato fries at an additional cost.

Finally, there's a great lobster roll at The Weatherdeck, a family restaurant that's a full-on destination to visit during the summer. That's because, in addition to its great menu featuring burgers, chicken, soups, salads, seafood, and kid's meals, the restaurant has a mini-golf course and an ice cream shop.

If you're visiting the Cape with kids, stopping for a meal at The Weatherdeck can provide you with hours of entertainment, and as a bonus, you'll get to try their famous lobster roll for lunch or dinner.

The lobster roll here comes on a bun with lettuce. Keep in mind that the sandwich costs a bit less than other places on this list, but it doesn't come with any sides. However, you can add fries, onions rings, coleslaw, clam chowder, jalapeno poppers, crab cakes, or chicken wings to your order for a small fee.

Some of the Best Lobster Rolls on Cape Cod

Harwich is a great place to make your home base on your Cape Cod vacation because you'll have access to beaches, biking and hiking trails, marinas, and family-friendly activities. Other parts of the Cape are also easily accessible from Harwich because Route 28 runs through the heart of town and the Mid-Cape Highway is simple to reach from North Harwich.

The dining scene in Harwich is also notable because there is a high saturation of wonderful restaurants within minutes of each other, including some great places to sample Cape Cod's famous lobster rolls.

You really can't go wrong selecting a vacation rental in Harwich because there's something for everyone in this town with about 12,000 residents on the Lower Cape.

You Can Now Get a Lobster Chocolate Bar on Cape Cod
Posted by Kinlin Grover | Tuesday, September 3, 2019

Even if you've never been to Cape Cod before, you've probably heard about the area's famous lobster rolls. It seems as though every clam shack throughout the Cape has a unique take on this sandwich, with diners and fine dining establishments also getting in on the action.

But have you ever heard of lobster chocolate? Yes, it's a real thing, and it's actually becoming pretty popular on Cape Cod.

Local chocolatier Paul John Kearins, owner of Chocolatasm at 334 Commercial Street in Provincetown, released the special chocolate bar, called the Cape Cod Bar, in May, and it is a hot commodity. In fact, Kearins frequently runs out of stock, so if you're lucky enough to visit Chocolatasm when he has some in stock, it's highly recommended that you give it a try.

Here's what you should know about the Cape Cod Bar.

What are the Actual Ingredients?

You won't come away thinking that you've just enjoyed an expensive lobster dinner after trying the Cape Cod Bar, but you'll definitely notice the lobster flavor and will be surprised at how well it compliments the other ingredients. As for the other items in the bar, it's made from 50% cocoa butter white chocolate, along with lemon oil, parsley, and Cape Cod sea salt. It’s a strange combination at first thought, but visitors and locals alike have been gobbling this product up since the spring, with no end in sight to its popularity. If you can get past the fact that there’s lobster in the chocolate bar, you’ll be pleasantly surprised by its flavor.

You're probably wondering why anyone would think that lobster and chocolate could possibly go together. The idea actually came from a conversation between Kearins and one of the owners of Chequessett Chocolate in Truro. The two chocolatiers were talking at the New England Chocolate Festival in 2018 about the possibility of adding lobster to a chocolate bar. The conversation mostly focused on the concept and whether or not it was feasible to attempt such a feat. From there, Kearins decided to experiment and create a recipe. He was eventually successful and the rest, as they say, is history.

Where Can I Buy It and How Much Does It Cost?

Lobster is notoriously expensive, but what about this chocolate bar? Well, truth be told, at $9 per bar, it isn't cheap. It is in line, however, with the other artisan chocolates at this boutique, so it's not like you're paying a premium because of there's the essence of lobster in the product.

As for picking up a bar yourself, you can head to 339 Commercial Street in Provincetown while you're on Cape Cod or order from Chocolatasm's online store.

One thing that you should know about Chocolatasm is that they're not afraid to take risks. In addition to their Cape Cod Bar, the boutique also has a bar made from rhubarb and carbonated sugar, one using beetroot, and another with unfermented cocoa beans. You can also get peanut butter bonbons covered with Sriracha honey and the Yuenyeung Bar, which is inspired by a popular drink in Hong Kong. Basically, if an ingredient seems like it could work with chocolate,  Kearins isn’t afraid to play around with it to see if he can create something that people will eat. Organic ingredients are used wherever possible, as well, adding an entirely new dimension to this now-famous retailer.

The next time you're on the Cape, make Chocolatasm one of your must-visit destinations.